Are There Surgical Solutions for Erectile Dysfunction?

Erectile dysfunction is one of those topics that no man really wants to discuss, but the reality is that 1 million Australian men are affected. It's something that needs to be talked about. With such a high figure, it becomes clear that erectile dysfunction (ED) is something way more prevalent than a small anomaly. Thankfully, if you are struggling with ED, there are many ways that you can get your sex life and confidence back on track.

Many cases of ED are psychological, and treatments, such as therapy, counselling and meditation, can be a huge help. Other people may only need to start taking a good multi-vitamin to see results. Some might be required to try drugs, such as Viagra. Unfortunately, for some guys who have exhausted all the obvious possibilities, their situation with ED can seem hopeless. What many people don't realise is that that there are a couple of surgical solutions for ED too. Here's what you need to know.

Vascular surgery. Vascular surgery is any surgery that deals with the vascular system, i.e. the flow of blood around the body via arteries and veins. Since having a successful erection is dependent on good circulation, vascular surgery is certainly an option that can be explored once less invasive options have been exhausted. During this surgery, a vascular surgeon will reconstruct the arteries within the penis to open up blood flow. Veins can also be blocked so that blood is held within the penis for longer, and thus erections are more easily maintained. The great thing about this surgery is that once it is done, the patient should be able to achieve very natural erections without having to use anything like a pump and that it has a perfectly natural appearance. On the downside, this surgery often only leads to success for a period of around two years.

Inflatable implants. Yes, it's also possible to have implants inserted within the penis as a solution to erectile dysfunction. Within this surgery, two cylinders are placed within the penis, and a pump is placed within the scrotum. Following surgery, when the patient wishes to have an erect penis, they manually work the pump to inflate the cylinders, which creates an erection. On the positive side of things, this gives men erections who were not able to have them before, but there are also a few drawbacks. Implants lead to infection more commonly than vascular surgery and devices can potentially malfunction.

Be sure to consult a medical professional, such as a vascular surgeon, before making any final decisions about vascular or implant surgery. 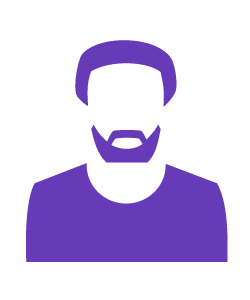 When I first started noticing veins protruding from my lower legs, I did my best to ignore them. However, I knew they were likely varicose veins, as both my parents have had varicose veins for several years. Eventually, I went to see my doctor due to experiencing leg swelling and red patches of skin, which turned out to be varicose eczema. I was prescribed the usual treatment, and my doctor discussed surgery to strip out the damaged veins, but I decided to postpone surgery and look at managing the swelling and protrusion of veins naturally. I started this blog to share my own experiences of trying complementary therapies, such as homeopathy, herbal medicine and massage, to manage my symptoms. I hope you find my posts useful and interesting.